Model U.N.: A tradition of excellence

More than a club, and more than a class, it is a team built on hard work, camaraderie, and a shared commitment to excellence.  The Model United Nations program at Wright State is built around a three-credit-hour spring semester course in Political Science. PLS 4860/6860 emphasizes skills of teamwork, problem-solving, diplomacy, public speaking, technical writing, and researching.

Team members are chosen each Fall Semester based on a written application and an oral interview. Model UN is open to students in good academic standing from all majors and colleges. No previous experience is required. Your success as a team member is based on the improvement of your writing skills, speaking abilities, attendance, and ability to portray another country's policy in a simulation. 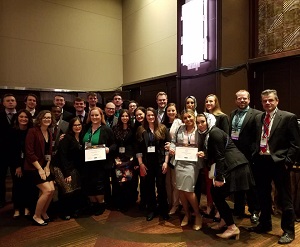 Universities from around the world are each assigned a country to represent at the conference dealing with various topics and issues. During the class, students develop research techniques and master the skills of public speaking, negotiation, and technical writing that are essential to diplomacy.

Each year the NMUN conference has grown in size and international participation. More than 5,200 students from more than 400 colleges and universities from nearly 30 countries around the world have taken part in recent NMUN conferences.

The Model U.N. experience is a unique academic experience at Wright State. Model UN promotes self-confidence, public speaking, writing, researching, and diplomatic skills, all of which are vital qualities for any future career.

To learn more read Model UN: 'A tradition of excellence' in the Wright State Newsroom.

Candidates will be asked to conduct a brief interview at the MUN Office (436 Millett Hall) by October 14, and applicants will be informed of their status by Monday, October 18, so they can register for spring classes under PLS 4860 (undergraduates) or PLS 6860 (graduate students).

Welcome to Alumni Notes. All alumni of Wright State University Model United Nations Program can view or submit alumni notes at any time. You may submit your own class note by e-mailing your name, MUN class year, and any relevant information about your life and career, including marriages, births announcements, and accomplishments, along with associated pictures. For more information, please see our official Model UN Alumni Facebook page.

"The Wright State Model UN experience was the best experiences of my time at WSU. The critical-thinking, research and public speaking skills I acquired have helped me succeed in my career. I continue to serve as a member and board member of the Model UN Alumni Association because the experience continues to pay dividends for my professional development. I'd also encourage other former members to get involved with the work of the Association."

Give to Model U.N.

Due to the rising costs of participating in the five-day conference in New York City, the program has recently had to reduce the number of students who can participate. Your gift to the MUN Program Fund will help increase the endowment and will enable more students to participate each year. Please consider impacting MUN students' lives and make your gift to the Wright State Model United Nations Program today.

"There is no other place to work in the world like the daily environment that exists working in Washington, D.C. The research, negotiation, and presentation skills we learned as members of the Wright State University Model United Nations team prepared us both to build successful careers in Washington in the corporate, political, and government jobs we've held over the years. So that this tradition of excellence in developing our next leaders may continue, please consider a gift to the Wright State University Model United Nations Program Fund."

“Over the years, Wright State’s MUN program has built a winning tradition. The challenges and rewards of teamwork, learning to compromise and negotiate, and awareness of the numerous issues of the 21st century are among the many important skills MUN students carry into their future careers." 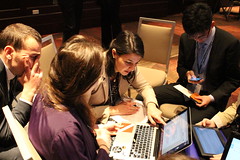 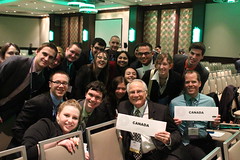 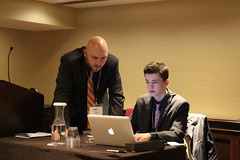 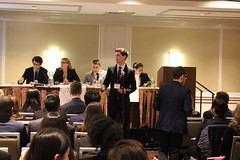 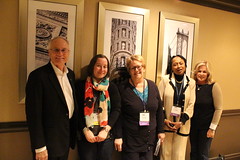 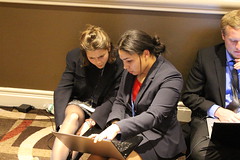 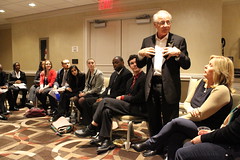 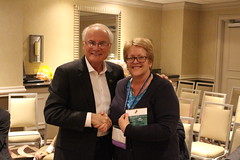 Wright State students will represent the candidates’ views during a mock presidential debate on Sept. 13.
Model UN: ‘A tradition of excellence’
Apr 28, 2016 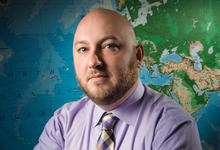 Joshua Cummins, who has degrees in history and international and comparative politics from Wright State, received first-hand lessons on the Persian Gulf nation of Qatar during a fellowship.
Wright State’s Donna Schlagheck honored at Ohio House of Representatives
May 20, 2015 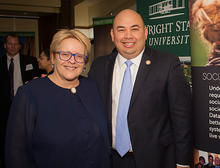 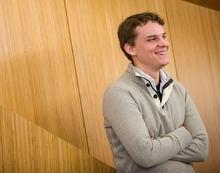 Kevin Smith, who bounced around the foster care system for nearly 10 years before being adopted, is poised to graduate and hopes to combine psychology with political science.