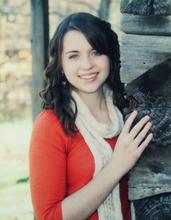 Martha was born and raised in Dayton, Ohio where she was homeschooled throughout middle school and high school. She attended Sinclair Community College for two years before transferring to Wright State University, from which she will be the last of four children to graduate. She studied Spanish throughout high school, but her passion for it was inspired by her multiple trips to Colombia starting in 2012. During these trips, she was able to act as an English teacher, interpreter, as well as experience a new culture.

During her time at Wright State, she has had the opportunity to improve her Spanish and practice cross-cultural interaction by working as an Orientation Leader for incoming international students as well as a Supplemental Instruction Leader. She has been an active member of International Friendships Inc. (IFI) for the past three years, where she has enjoyed building relationships with Wright State’s international students and learning about their many cultures. She is currently doing an internship with the Hispanic Catholic Ministry through the Department of Modern Languages where she is able to use her Spanish to serve the Hispanic population in Dayton.

Martha is honored to receive this award and would like to thank God for His grace and provision, her parents for their love and support, as well as Wright State’s incredibly talented Spanish professors for their guidance and encouragement. After graduation, she plans to return Colombia to teach English and then to become a medical interpreter here in the US. She currently works at La Colombiana Restaurante in Beavercreek where she enjoys practicing her Spanish, and meeting customers from all over the world.