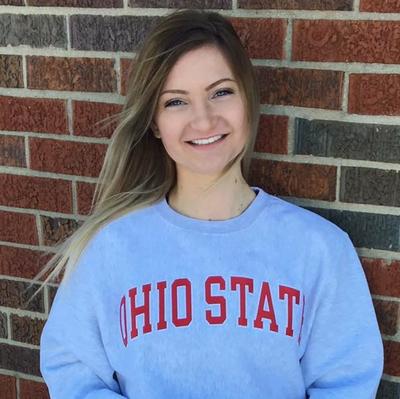 The chant of  O-H…I-O…could be heard from the Fortney household when Wright State University’s Crime and Justice Studies senior, Hanna Fortney received the news about her academic merit scholarship into The Ohio State University Moritz College of Law.  She received the news about this Eminent full-tuition, merit-based scholarship, which is based on GPA and LSAT scores, a few weeks after her acceptance.

When she first began college, Hanna was set on becoming a police officer. However, after completing an internship she realized that wasn't exactly what she wanted.  “This major afforded me the opportunity to branch out and experience other areas of study, which led me to the path that I'm on today. My biggest piece of advice would be to appreciate the integrative style of this major. You can take courses that count towards the CJS major in sociology, psychology, political science, and more. So even if you feel confident in your career a goal, my word of advice is to appreciate the diversity of courses that you can take.”

Hanna will be graduating in April 2018 from Wright State University and plans to work over the summer before moving to Columbus to begin law school.  Her goal is to specialize in criminal law as either a defense attorney or prosecutor but is keeping an open mind to different specializations.