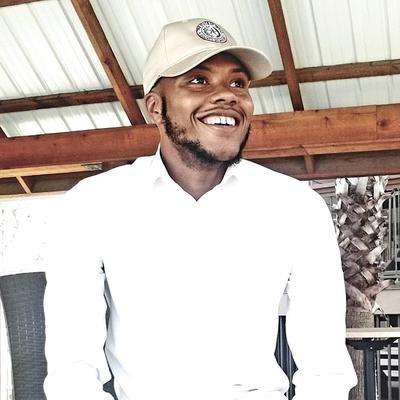 Kenneth Graham, M.A. graduated from Wright State University with his B.A. in Sociology in 2013. He then obtained his M.A. from WSU in the Applied Behavioral Sciences program in 2016. Prior to graduating from Wright State University, he has earned a prominent reputation for his commitment to community activism, which has been long-standing. Kenneth served as a volunteer for the Community Action Partnership Program, The Neighborhood Leadership Institute, and the Miami Valley Collaborative for Education. He has also worked with the Children’s Defense Fund Freedom Schools as an educator, as well as an after-school teacher for the youth under the Northwest Recreation Center. Kenneth has been awarded and recognized for his efforts by the City of Dayton Mayor, Nan Whaley.

He has also received honorary awards for his community and academic work, including a nomination and acceptance into the Omicron Delta Kappa Leadership National Honor Society in 2016, as well as the Change Ambassador for Peace and Humanity Lifetime Award from the Youth Education & Leadership Initiative (YELI) located in Jos Plateau, Nigeria. Throughout this period, Kenneth also served as a minister and mentor for young males under the Montgomery County Juvenile Services organization. During his final semester as a graduate student of Wright State University, Kenneth also served as a peer mentor for Wright State’s UVC First Year Seminar course, which was specifically designed for African American male freshmen students with the goal of developing their personal and professional leadership. Today, he is currently serving as a Juvenile Probation Officer for the Department of Brazos County Juvenile Services in the College Station/Bryan, Texas area. As a Juvenile Probation Officer, Kenneth helps supervises youth who are currently on probation under the juvenile justice system. His work consists of case management and providing youth with the proper services to ensure compliance with court terms, to eliminate behavioral issues, as well as create successful rehabilitation for youth after probation.

Outside of this work, Kenneth is also a professional speaker (motivational) who travels across the country, empowering others to succeed with purpose and significance. Kenneth is also a Podcast Host & Owner of his very own podcast titled “The Success Experience” which he founded in 2015 as a graduate student within the Wright State campus community. Since he began his podcast, the podcast has been featured on major platforms, including iHeartRadio and Spotify. Mr. Graham is also the founder of an educational podcast called “Be the Change Podcast” which is geared toward helping educators and students achieve personal and academic success. He is also the co-founder of a podcast series along with his lovely wife titled “The Grahams: The Journey, A Newlywed’s Guide to Learning Through Love.” He has also written and published two books. Both are titled Go Get Your Life: Taking Charge and Walking in Your Prescribed Destiny, and Discovering and Activating Your Inside Potential. He is also preparing to launch his own podcast program called Jumpstart Your Podcast. This program is designed to assist aspiring podcasters and thought leaders in sharing their message to the masses through podcasting. The launch date is scheduled for October 9, 2018. Kenneth is the epitome of advocacy, excellence, determination, and someone who is willing to help others achieve ongoing success.