About the Musical Theatre Initiative (MTI)

The Musical Theatre Initiative (MTI) at Wright State University celebrates and explores the history, culture, and craft of the musical theatre through guest artist residencies, concert performances and international conferences.

Abby Murray Vachon, Mister Right
Alyson Snyder, The Man That Got Away
Cassi Mikat, Everybody Sing
Jasmine Easler, I Gotta Right to Sing the Blues
Katie Momenee, Too Late Now
Kelsey Pohl, Down with Love
Mimi Klipstine, I Get a Kick Out of You

Jack Viertel will give a talk on his bestselling book, "The Secret Life of the American Musical," and participate in an interview and discussion with Joe Deer, director of Wright State's Musical Theatre Initiative.
Wright State acting, film grads conduct workshops with students
Oct 24, 2017

When it comes to the craft of theater, not everything can be learned in a classroom. There’s a long history of theater professionals sharing their knowledge with younger generations. At Wright State University, the Musical Theatre Initiative continues that tradition …
Linda Caron named dean of the College of Liberal Arts
Apr 13, 2017 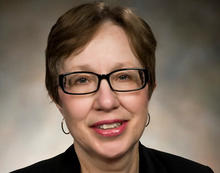 Linda Caron has a wealth of experience and has been instrumental in the growth of the College of Liberal Arts — in facilities, events and programs.
ArtsGala 2017, one to remember
Apr 11, 2017

Fine and performing arts students displayed their rich talents throughout the newly renovated Creative Arts Center, and guests were treated to a breathtaking array of performances.
Broadway stars Marin Mazzie and Jason Danieley to give workshop at Wright State
Feb 21, 2017

Tony Walton will discuss his career working on Broadway and in Hollywood during a special visit to Wright State University on Nov. 2.
Wright State arts students ready to share their love of the arts with local kids at ArtsFair
Oct 17, 2016 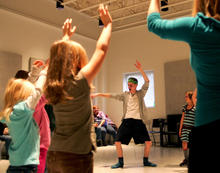 Spring's annual ArtsGala may get all the headlines but Wright State's performing arts students love participating in December's ArtsFair.
TEDxDayton speakers to include Wright State faculty and alumni
Oct 11, 2016 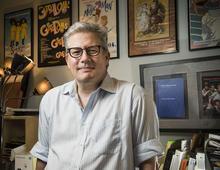 Wright State-affiliated speakers will address a variety of topics including the re-development of musical theatre, fitness, modern library transformation and LGBTQ advocacy.