CELIA acts to develop initiatives to enrich the already-remarkable artistic climate in the Dayton region—an important tool for economic development.

“A distinct feature of the plans of the founders of Wright State was to develop programs of the highest quality for educating artists. This goal has been realized in each of our three art departments,” said Charles Taylor, dean emeritus of the College of Liberal Arts and one of the prime movers in the development of CELIA. “Our Center of Excellence’s name—CELIA—emphasizes the unique collaborations through which these programs rise above others. The collaborative arts education, collaborative leadership in the arts, and the collaborative innovation in the arts that have existed for a long time at Wright State University are unique to our university and distinguish us nationally and indeed internationally.”

CELIA acts in three major ways to improve the quality of life at Wright State and in our region. First, CELIA encourages ongoing programs and special projects by sponsoring innovative collaborations between Wright State arts programs and external partners. Additionally, CELIA’s Distinguished Visiting Artist Series brings nationally and internationally renowned artists on campus for guest lectures, exhibits and performances. Finally, CELIA fosters a vibrant community of leadership and scholarship in the arts and humanities on the Wright State campus through its innovative CELIA Fellows program.

CELIA creates unique and innovative internal and external artistic collaborations resulting in a transformative impact on the Wright State University campus, in the city of Dayton, in the region, throughout the state of Ohio and beyond. 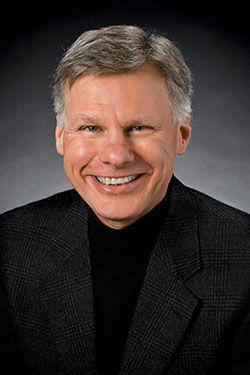 Hank Dahlman is Director of CELIA, the Ohio Center of Excellence for Collaborative Education, Leadership and Innovation in the Arts, based at Wright State University. He is also Professor of Music and Director of Choral Studies at Wright State, where he serves as the conductor of the Wright State Collegiate Chorale.

Dahlman serves as the Founder and Artistic Director of Wright State's annual Holidays in the Heartland and the Mad River Vocal Arts Festival, and was the Artistic Director of Wright State’s popular annual Madrigal Dinners for more than 20 years. Wright State choirs under his direction tour regularly in the U.S. and abroad, have been invited to sing for conferences of the American Choral Directors Association (ACDA) and other professional organizations, and competed at the Champions Level of the 2012 World Choir Games. Choirs directed by Dahlman have also appeared on stage with such notable and varied performers as Anonymous 4, Leon Bates, Simon Carrington, Marvin Hamlisch, and Kenny Rogers. Dahlman has prepared world or regional premieres of new works by such composers as William Bolcom, Robert Xavier Rodriquez, Steven Winteregg, James McCray, and Robert Yeager. Dahlman’s ensembles have prepared demonstration recordings of new choral works for nationally known music publishers and have frequently appeared with the Dayton Philharmonic Orchestra, including performances of the Britten War Requiem, the Brahms Requiem, the Bernstein MASS, the Stravinsky Mass, and numerous Bach motets and cantatas.

Dr. Dahlman appears as a guest conductor, presenter, or adjudicator at festivals and conferences at the international, national, and regional levels. His Choral Pronunciation Guide to Carl Orff's Carmina Burana has been called an industry standard. Univerities, professional orchestras, and choruses on five continents all utilize this guide.

Most importantly, Hank is the fortunate husband of Cindy and the proud father of James and Amanda. He is also an avid endurance runner.