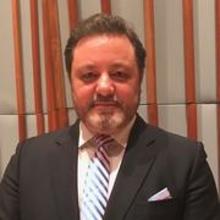 Francisco Marques-Vuelta obtained a degree in private investigation from the University of Barcelona and developed a career as a private detective in his native Spain. Upon moving to the United States, he enrolled in Wright State’s Spanish program and quickly earned a reputation for his stellar academics and for his many thoughtful contributions to the Spanish program and the department.  For example, he generously shared his knowledge of technology by teaching a workshop on Prezi to other students.  An accomplished guitar player, he has shared his musical talents and a collection of indigenous Hispanic instruments. He served as a volunteer photographer for Modern Languages events and presented at Spanish immersion days for several years.  As President of the Spanish Club, Francisco contributed dozens of Spanish movies, a popcorn machine, and authentic Spanish artifacts. His contributions have earned him a place on the Dean’s List, and honorary memberships in the Spanish National Honor Society Sigma Delta Pi, the Golden Key National Society of Leadership, and Phi Kappa Phi.

Francisco possesses a sharp and witty pen and has published numerous opinion pieces and columns in local and regional Spanish newspapers. He loves to travel all over the States to learn about other “foreign” (to him) cultures. Up to now, he has visited 17 states in the mainland U.S. Congratulations, Francisco.