Why the Liberal Arts? 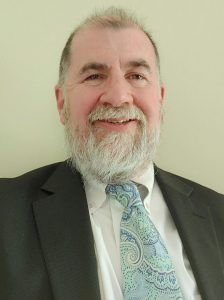 Are you looking for a job or do you want a career? Do you want to be a follower or a leader? Do you want to be ready for the rapidly-changing world of the twenty-first century? An education in the College of Liberal Arts at Wright State prepares students to guide their own destinies, pursue their passions, and become leaders for positive change in their workplaces and communities.

Students who study the liberal arts don’t just react to change, they make it! How?

According to a recent report published by the American Association of Colleges and Universities, employers and the broader public largely agree that fundamental liberal arts skills like critical thinking, problem solving, and effective communication are top priorities for success in the twenty-first century workplace.

What are the liberal arts? From the Latin “liberalis” (free) and “ars” (art or principled practice), they are the study of those habits of mind that allow us to operate as free individuals in a free society. The liberal arts are thus education for freedom: not only the freedom needed to be a member of a democratic society, but also to make one’s own decisions about life goals and act effectively on those decisions. The liberal arts give us not only the freedom to know the truth of the here and now but to imagine the potential of the future. They include the fine and performing arts, the humanities, the social sciences, and interdisciplinary programs, all of which foster inquisitiveness, curiosity, and an entrepreneurial spirit. Because liberal arts majors have acquired the skills to think and act independently and to be leaders, they obtain employment in a wide range of professions, advance to leadership positions, and have the flexibility to enter new careers that might not even exist when they graduate but will come into being in the future.

Join us in the College of Liberal Arts to acquire the skills to create your own change and not just react to the change made by others! It doesn’t matter if you major, minor, or pursue a certificate in the social sciences, humanities, fine and performing arts, or an interdisciplinary program; you will acquire the skills for a lifetime of success and fulfillment.