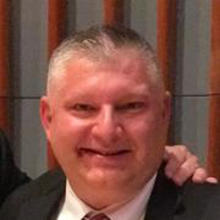 Nick Angelis is in his 12th year as the University of Cincinnati Bearcat Bands Assistant Band Director and is completing his Master of Music from Wright State this semester. While here he has performed with the Chamber Orchestra and Percussion Ensemble. He performed for ARTSGALA, and was a featured artist at the Wright State Percussion Festival: he played a solo work for a standing room only crowd, presented a clinic for over 125 educators and students, and premiered a new work he composed just for the event.

Nick was the original featured snare drum soloist performer for the Tony and Emmy award-winning show, Blast! He performed in London at the Hammersmith Apollo Theatre, opened in New York City at the Broadway Theater and was in the 1st National Tour, performing in over 40 cities across the United States and Canada. He was also the opening solo performer introduced by Walter Cronkite at a Kennedy Center Honors program, and he performed on NBC’s “Broadway on Broadway” in front of 50,000 people live in Times Square. Congratulations, Nick.