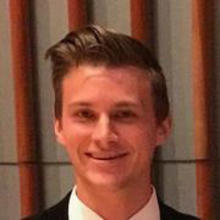 Isaac Knapp began the M.A. program with a strong interest in Victorian literature, and while that interest still holds, he has also developed an affinity for postcolonial literature and modernist novels. A series of creative writing classes have also spurred him to write poetry—whenever he's not writing papers. During his time at Wright State, he was active in student government and was president of Wright State's newly founded Entrepreneur’s Club. Isaac’s professors say they admire him for his enthusiasm, his work ethic, his community engagement and entrepreneurial spirit. Post-Master's, he plans to teach in North Carolina or dabble in the corporate world, with eyes on an eventual doctorate or MFA. He's grateful for all the ways that Wright State has pushed him to challenge himself, and for all the faculty and friends that have supported him in his endeavors. Congratulations, Isaac.