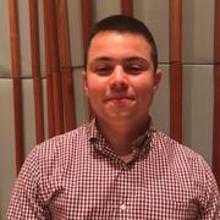 In September 2014, Constantine Tolias graduated from United States Army Basic Training in Fort Benning, Georgia as an infantryman in the Ohio Army National Guard. During the summer of 2017 he had the privilege of working as a cadet intern at the Policy and Plans Division of US European Command Headquarters in Stuttgart, Germany, making his international studies major a natural choice. US Army Cadet Command selected Constantine to graduate and commission as a Distinguished Military Graduate, or DMG. The distinction of DMG is only bestowed upon the top 20% of US Army Cadets nationwide. After graduation, Constantine will commission as a Second Lieutenant in the active component of the US Army in the Field Artillery branch. Congratulations, Constantine, and thank you for your service.