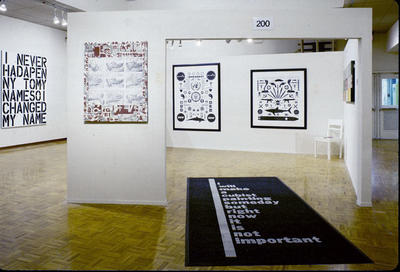 The Museum of Contemporary Art at Wright State University will open Words & #s, an exhibition which spans the years between 1960 and 1990, with a strong emphasis on the late '80s. Exploring the evolution of art ideas that occurred over this period, Words & ~ curated by the museum's director Barry Rosenberg, documents the progression from the altruism of the '60s to the cynicism of our time.

Words & #s is intended to be the last link in a series of exhibitions that began with the Museum of Contemporary Art's (formerly The University Art Galleries) exhibition The Use of Geometry in the 80s, continuing with ReDefining the Object in 1988, 1989's Science/Technology/ Abstraction: Art at the End of the Decade, and last year's Assembled. Words and numbers have been a common form of imagery since the '60s, and create a logical theme for critical investigation. Exhibited within the university, where language is such a predominant learning tool, Words & th seems perfectly at home at the Museum of Contemporary Art. One of the strengths of this multi-media exhibition is that whether they are creating a performance, video, painting or sculpture, each of the artists has a direct "voice" into the museum's space. Clearly, attitudinal changes have affected Western culture on many levels in our recent past. How could we have fallen so far in only 30 years - from the idealism of the "Love Generation" that produced Robert Indiana's most famous work to the materialism of a society wherein Jessica Diamond's Eat Sugar, Send Money or General Idea's AIDS seem so blatantly apropos? Words & #s whether through intellect or imagination, whimsy or sophistication, is intended to show not only the evolution of the "look of art" since the early '60s, but also the history of changing social attitudes within our Euro-American culture. This seems a logical theme to use when trying to decipher the complexities that have occurred within the world of visual arts during this transitory time.

Words & #s will be one of the largest exhibitions the Museum of Contemporary Art has organized to date, and will be housed in three of our exhibition galleries. To support this exhibition, a catalogue is being published which will Lnclude an essay documenting the history of the use of words and numbers in art, as well as an essay that concentrates on postmodern approaches to this imagery. Artists in Words & th include: Mel Bochner, Jonothon Borofsky, David Diao, Jessica Diamond, Nancy Dwyer, Hachivi Edgar Heap of Birds, Jenny Holzer, Robert Indiana, Alfredo Jaar, Larry Johnson, On Kawara, Mike Kelley, Joseph Kosuth, Barbara Kruger, Cary Liebowitz, Annette Lemieux, Roman Opalka, Richard Prince, Tim Rollins and KOS, Ka:y Rosen, Ed Ruscha, Loma Simpson, David Smith, Meyer Vaisman, David Wojnarowicz, Steve Wolfe, Christopher Wool, etc. 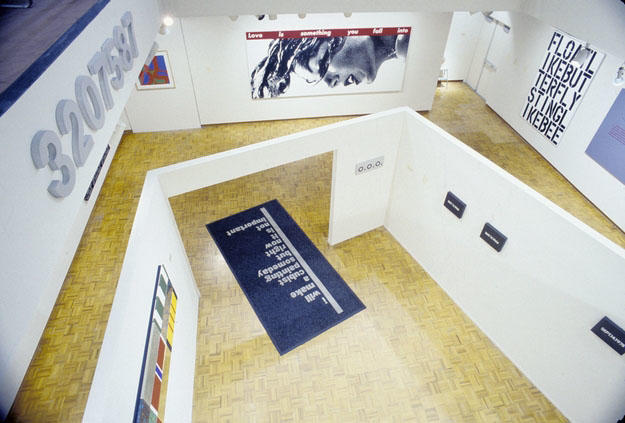 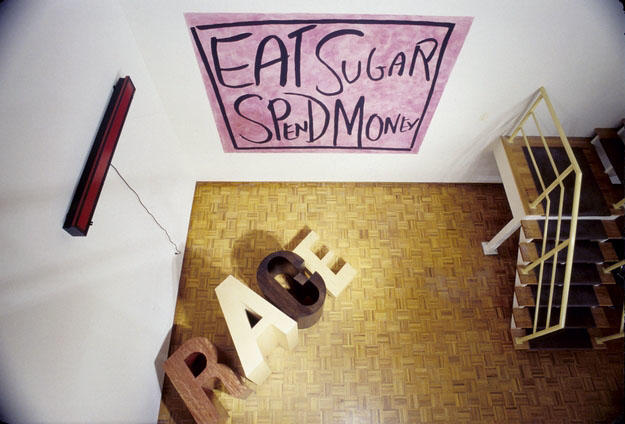