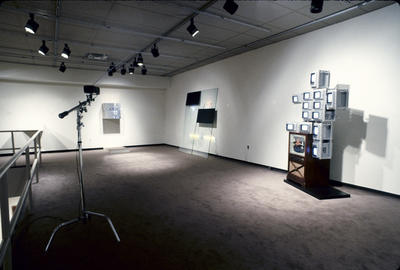 Many of the artists in this show are young; several are from abroad, but most now live and work in New York and are considered part of the recent Neo-Minimal and Neoconceptual art movements. Consistent throughout this exhibition are references to other recent art historical movements, including Abstract Expressionism, Pop Art, and Geometric Abstraction. Many of the artists in Science/Technology/Abstraction are creating works of art that methodically investigate the various components involved in making a work of art. These components range from the chemical structure of pigments to the monetary value that a work possesses. This aspect of thoughtful dissection is one of the binding factors within the exhibition, and is also commonly associated with Post-Modernism and Deconstructivism. In Science/Technology/Abstraction we see many of the artists questioning the fundamental ideas of modernism and its underlying optimistic belief that newness is always synonymous with improvement. They are aware that our hi-tech, scientific "put more money into it" society is not winning many battles over poverty, pollution or almost anything else. For the most part, the artists of the 1980s are skeptical, and even cynical, in their view of the world, and this attitude permeates their paintings, technical contraptions and wizardry.

These artists recognize "shopping" as a means of art construction, and "placing" to be an acceptable aesthetic alternative to "making." In Science/ Technology/Abstraction we see the results of the various artists' shopping sprees in the many different sizes and styles of TV monitors, VCRs, and color light bulbs displayed. This approach to art-making has become so prevalent and acceptable that today's artists and critics are talking of artists as "amazing shoppers" in the same manner they have described artists in the past as "great draftsmen". This point was driven home a few years ago when "Flash Art" published a wonderful essay by Robert Nickas in April, 1987, entitled "Shopping with Haim Steinbach". In this essay, readers were taken on a politically informative and creative shopping adventure with this New York artist. Aimee Rankin and Jon Kessler, both artists included in Science/Technology/ Abstraction, have also often been cited in print to be skilled shoppers.

Many of the pieces in Science/Technology/Abstraction are influenced by computers. Some make reference to the forms and apparatuses of technological instruments, scientific experiments, specimens, and the cellular world of nature. Still others are gerrymandered together to have an appealing yet threatening sci-fi appearance. Some give off sounds and some are kinetic. In Science/Technology/Abstraction, there are seventeen functioning television monitors, and a couple of mages of them as well.

The artists in this show are wrestling to come up with a rationale for making art, at a time when the modernist drive toward the avant-garde has been waylaid. As a whole, they no longer see abstraction as "making sense." Most believe that the aesthetic distance between kitsch, the plastic world of the "Five & Dime" store, and the world of art with a capital "A" has in recent years been reduced to the point that now the important differences are no longer visual bub solely socio-economic.

A fully illustrated catalogue in color and black and white, with essay by The University Art Galleries' Director Barry Rosenberg, is available. 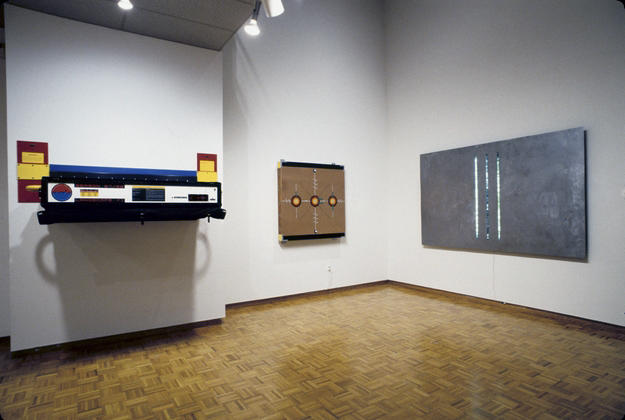 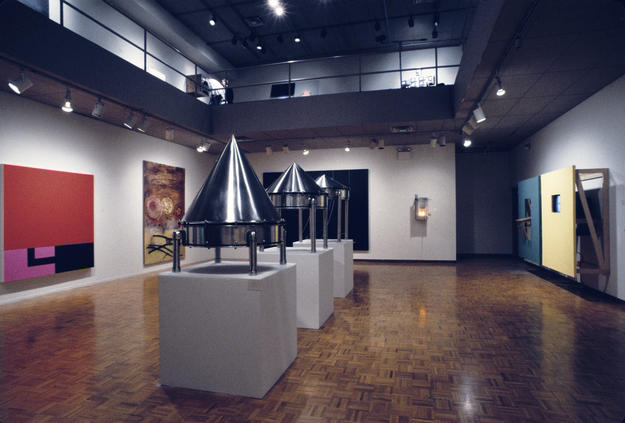 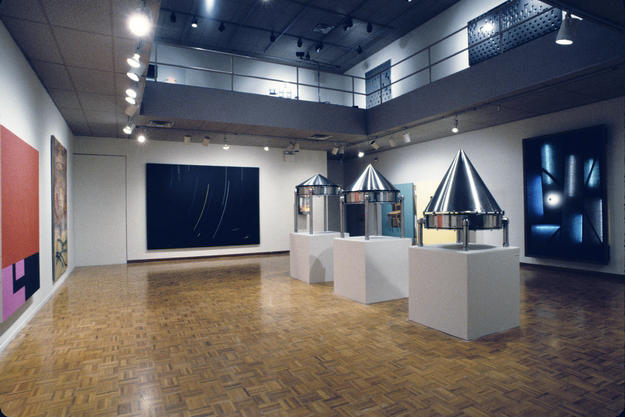 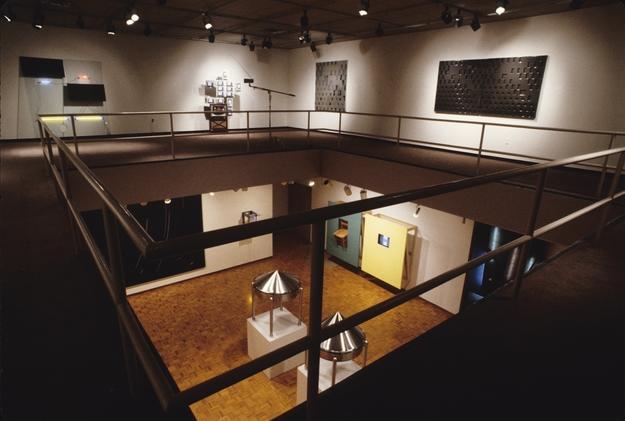 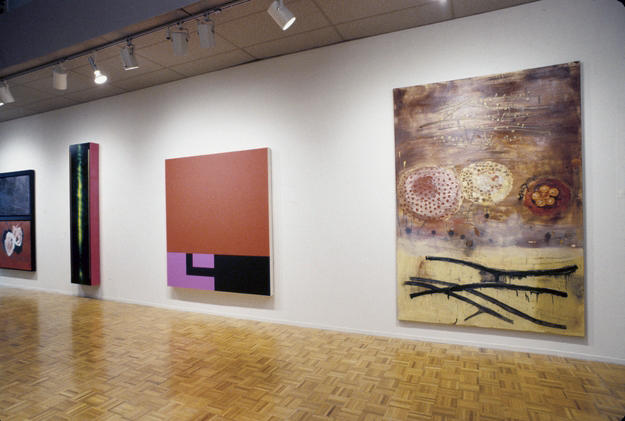 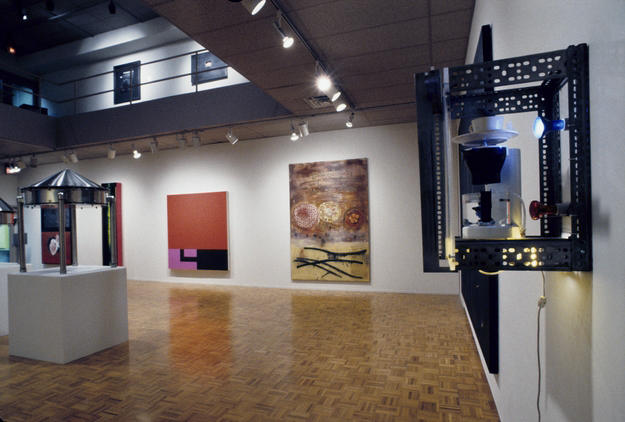 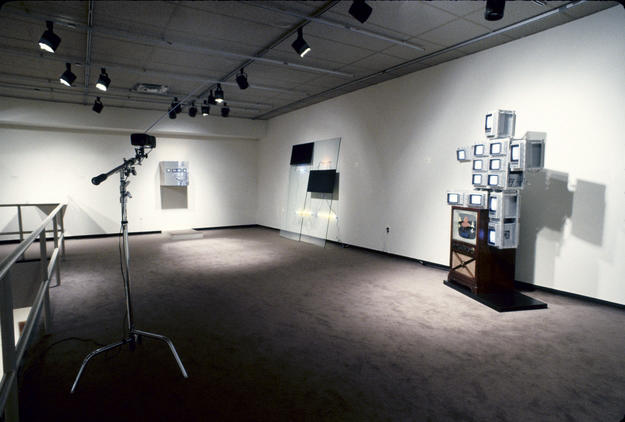 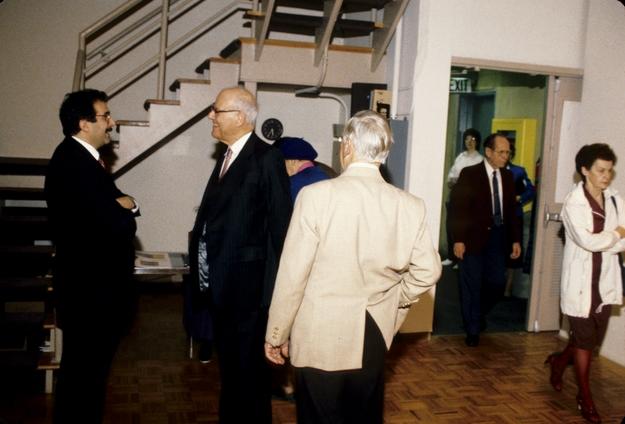 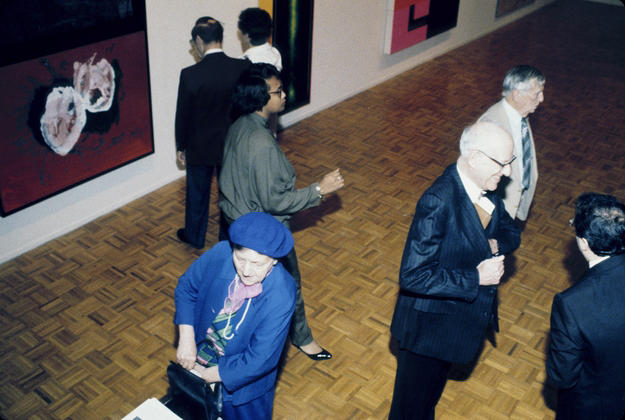 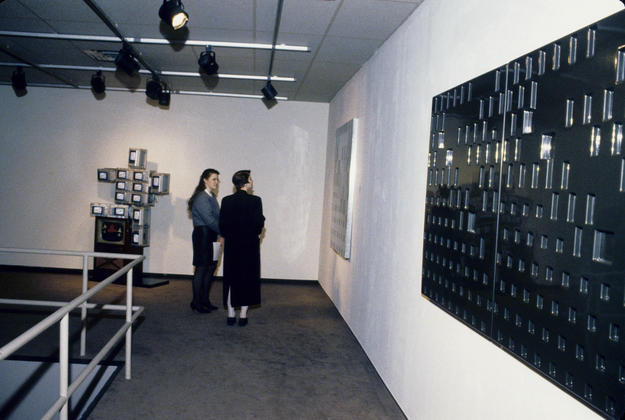 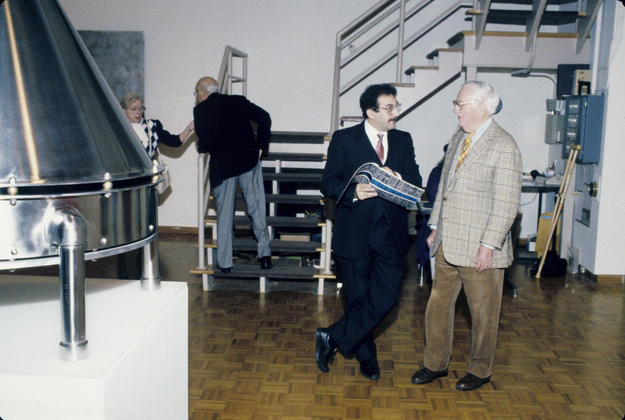 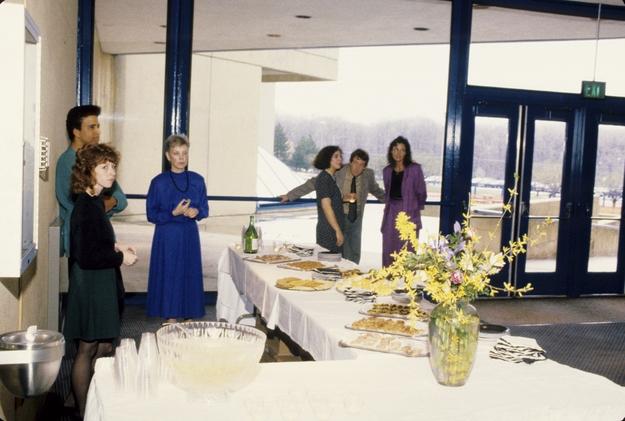 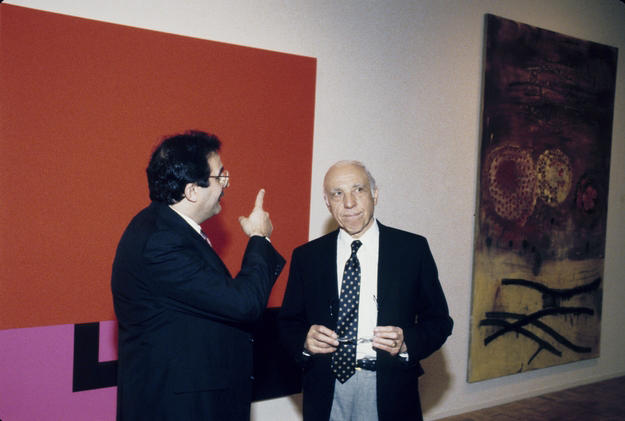 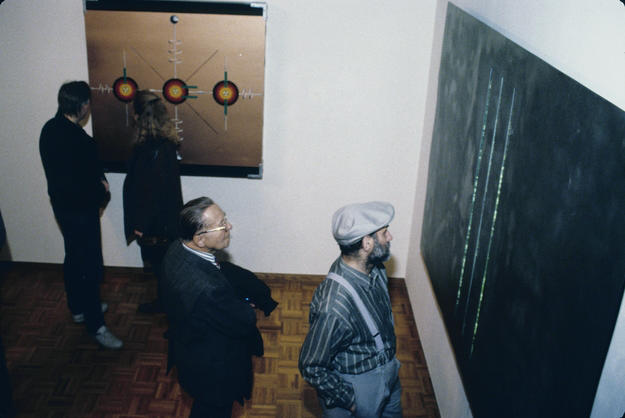 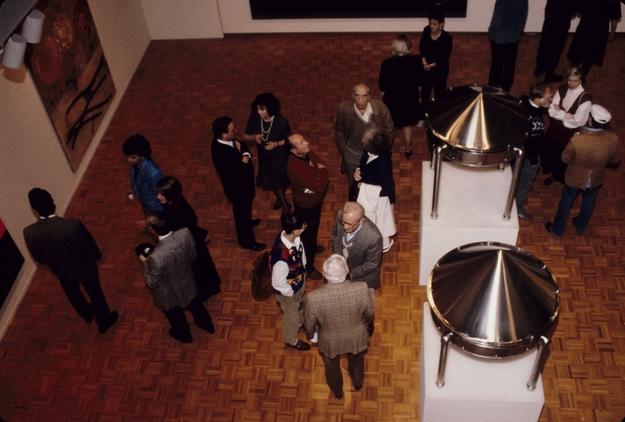 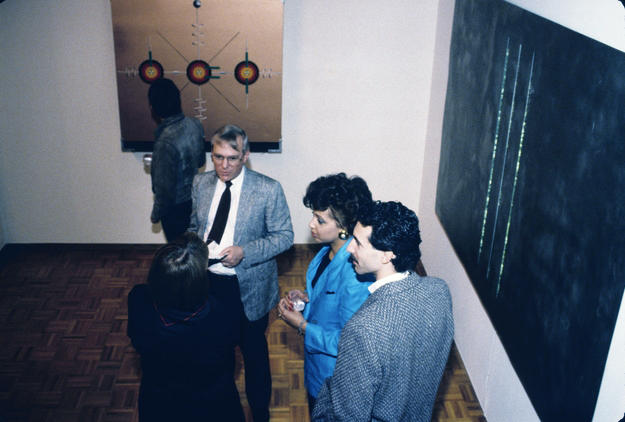 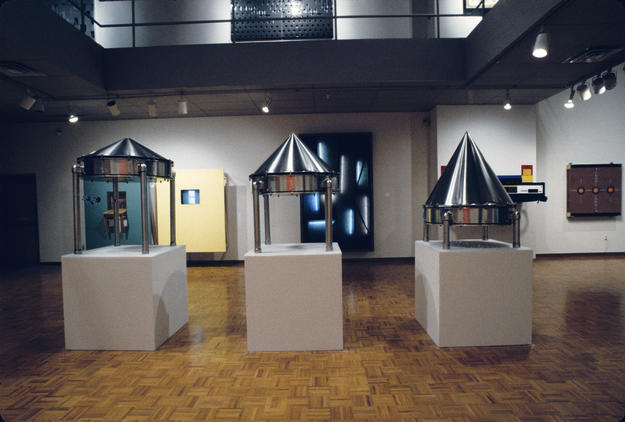 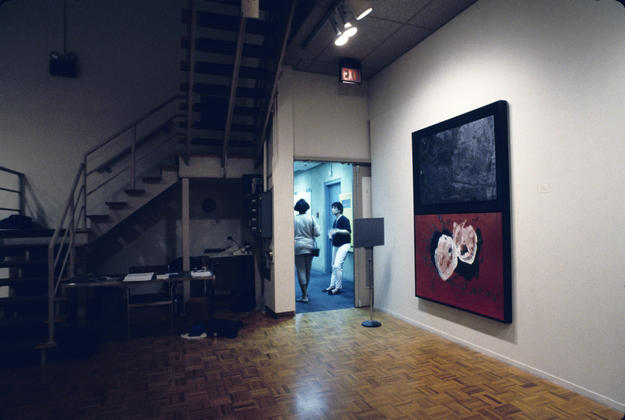 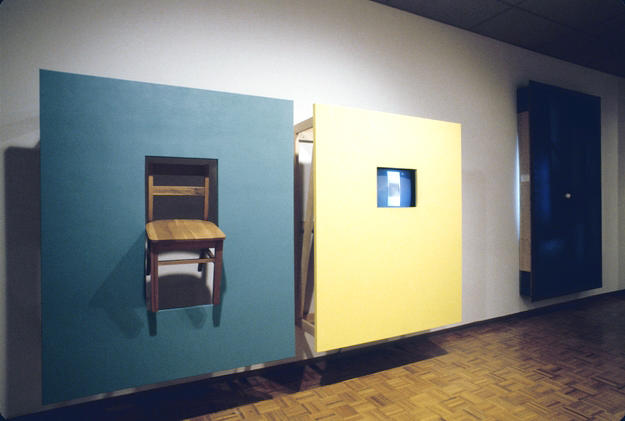