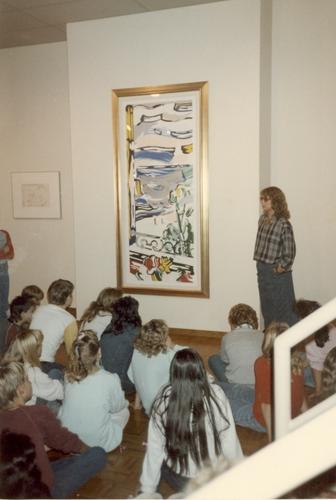 Prints From Presses features approximately 45 prints which have been published by seven of this country's most interesting Print Houses since 1985. Each print has been created by a major American artist who has worked collaboratively with a Master Printer and a publisher to bring about the final product: the print.

The aim of Prints From Presses is not only to demonstrate the exacting collaboration between artist and printer, but also to show what is being created today for the art market and what is considered collectible beside the unique work of art such as painting and sculpture. Every print in this exhibition will be available for purchase.

Printing processes in Prints From Presses range from the traditional processes of lithography, etching, and woodcut to the most contemporary techniques in offset lithography and the creation of three-dimensional prints and multiples.

One of the most impressive aspects in Prints From Presses is the tremendous variation in the size of the prints. Works range from the more conservative twelve-inch print to the six-foot by six-foot by three-foot work.

To accompany our Prints From Presses exhibition, a series of four lectures will be set up with speakers to include a Masteer Printer, a publisher, a collector, and an artist who has printed at a number of our exhibiting presses.

During the last twenty-five years, a renaissance has occurred in the world of fine arts printmaking. This explosion of renewed interest in contemporary graphics is the result of a twenty-five year federally and privately funded program at the Tamarind Institute of Lithography which was primarily funded through Ford Foundation grants and the National Endowment for the Arts (NEA). One of the major aims of this program was to train skilled Master Printers who, after graduation, would form their own print shops throughout the United States. Today, these print shops offer to professional artists the opportunity to work in the print media even though he/she lacks the technicdl skills and equipment necessary. The success of this 25 year endeavor can be seen in the diversity, inventiveness and technical wizardry which occurs daily at each of the seven print houses represented in the University Art Galleries' Prints From Presses.

Prints From Presses has been made possible through the generous corporate sponsor ship of Trustcorp Company, Dayton. "For our first major participation in the Dayton arts community, we are pleased to sponsor such a high caliber exhibit as Prints From Presses, according to William L. Staler, president, lrustcorp Company, Dayton. Based on the fine reputation that Wright State University has established with the Galleries, we know this exhibit will provide an exceptional opportunity for the Dayton community to become better acquainted with the art of making prints."

"Trustcorp Company's parent corporation, Trustcorp, Inc., headquartered in Toledo, has been a strong supporter of the arts over the years. We look forward to continuing that tradition in Dayton," Mr. Staler said.

This exhibition has also been supported by grants from the Ohio Arts Council (OAC) and the Institute of Museum Services (IMS) . 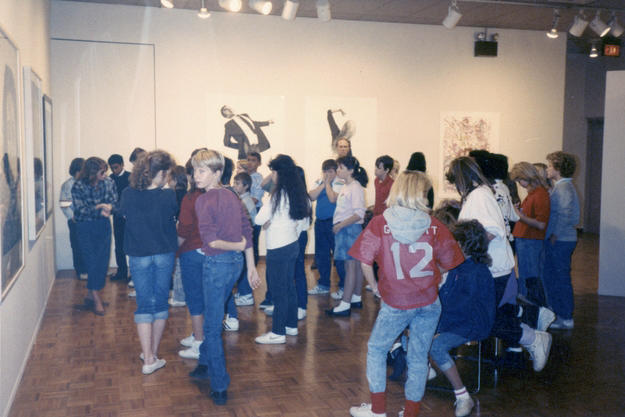