Below is a sampling of our applied research in government services. 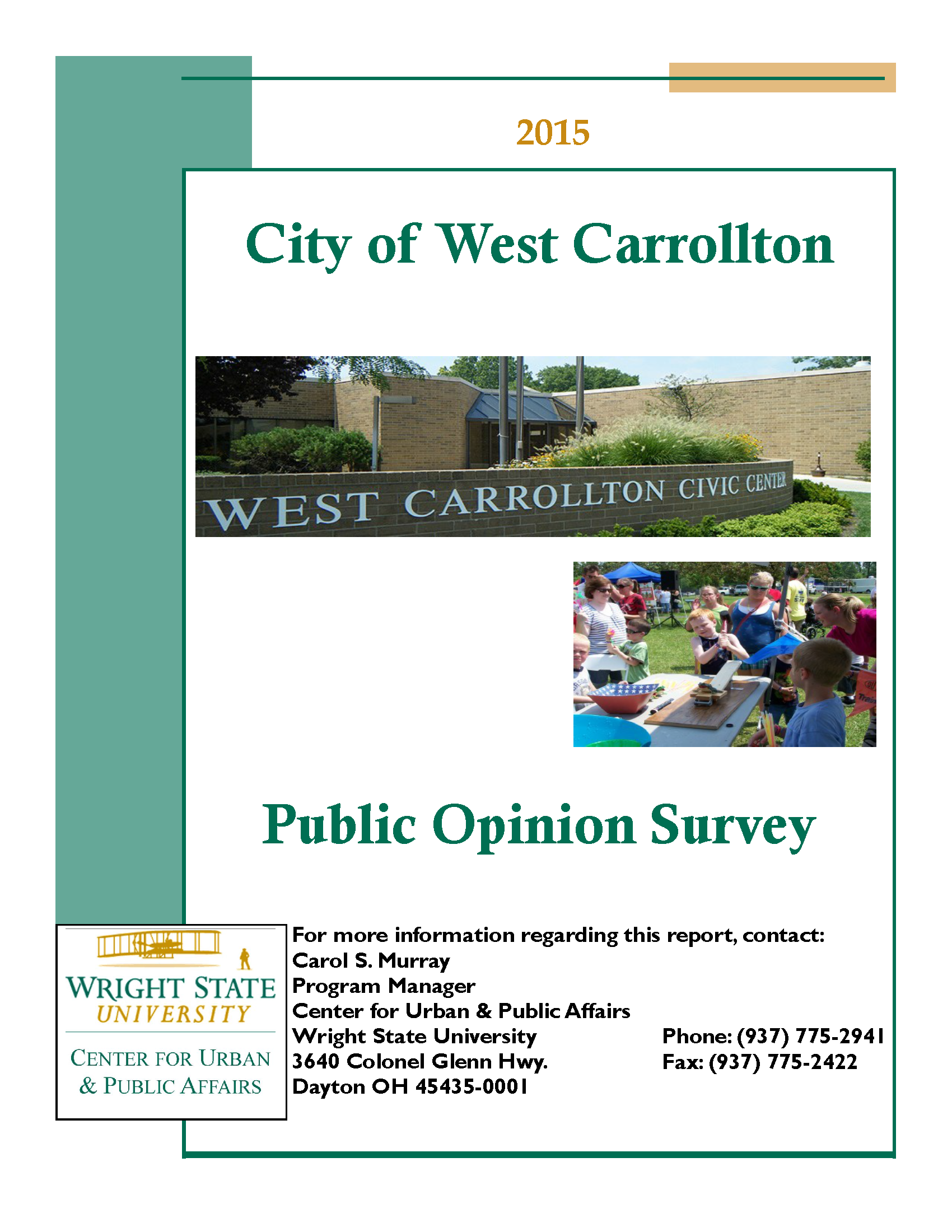 A public opinion survey—in this case a survey of the residents of the City of West Carrollton, Ohio—provides citizens within a community an opportunity to voice their opinions and views on city government, resources and services, and quality of life in West Carrollton. In 2015, APRI (formerly CUPA) conducted an online public opinion survey for the City of West Carrollton and via a telephone interview for residents who wished to participate, but could not because they did not have access to the survey instrument via the internet. The survey questions are designed to measure quality of life, and to quantify perceptions of the city government and city services.

The results of the public opinion survey arm city officials with information to evaluate trends in satisfaction levels over time (through successive surveys) and to measure support for new policies or projects. The report summarizes the perceptions of West Carrollton citizens, and qualifies when necessary the differences in perceptions between groups of people. To this end, the survey questions have been grouped into topical areas, such as “General Public Sentiment”, “Planning for the Future” and “Civic Involvement”. In each section, the results from the 2015 survey are described in detail. Please refer to the appendices to view any information not provided in the narrative of this report, particularly when viewing open-ended responses to qualitative questions. 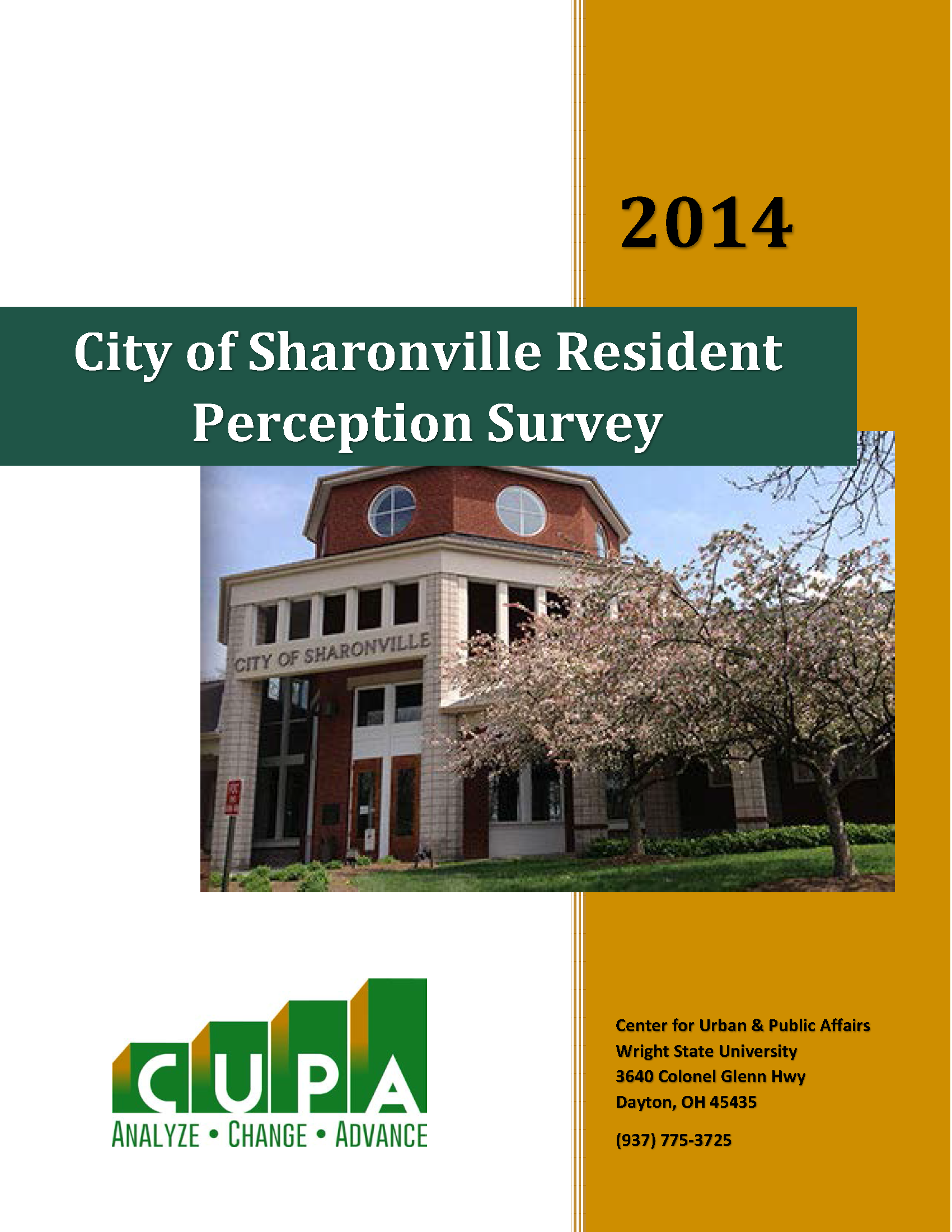 This report summarizes the perceptions of Sharonville’s citizens, and studies differences in perceptions between groups of people. Survey questions have been grouped into topical areas, such as “General Public Sentiment” and “Views of City Services,” representing the chapters in this report. In each section, the results from the survey are described in detail, and statistical differences between groups of people are noted whenever applicable.

The survey instrument was designed by researchers at APRI (formerly CUPA) with the input and approval of the City of Sharonville. The questionnaire was developed from APRI’s experience in conducting surveys for local governments.

Data collection lasted from June 3 to June 26, 2014. Interviewers used a Computer Aided Telephone Interviewing (CATI) software program that displays the questionnaire on a computer screen and allows the interviewer to enter the response directly into the computer. Such a system helps to minimize errors in gathering the data. A total of 406 individuals were interviewed to obtain a 95 percent confidence level and a ±[4.7-percent sampling error for the city as a whole. 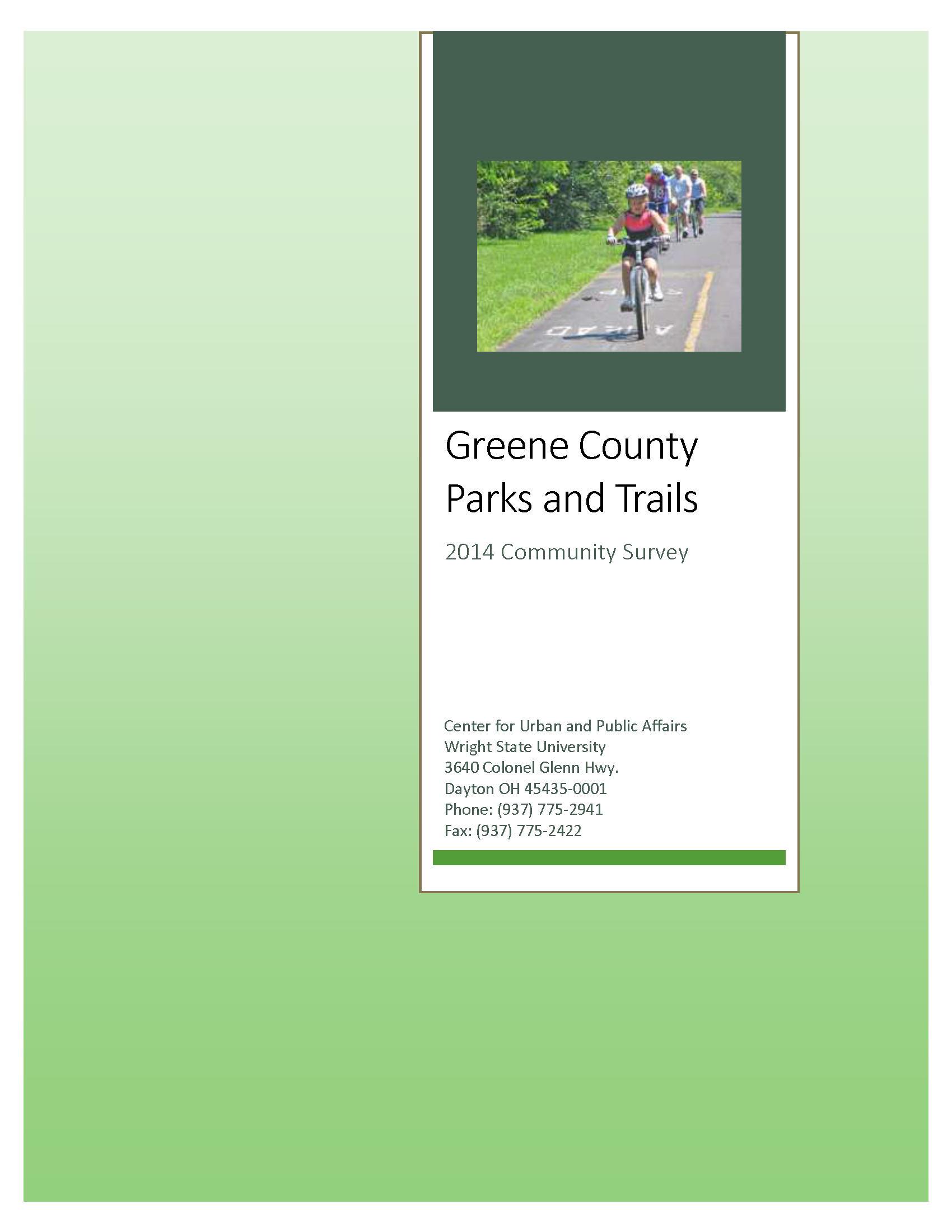 This survey, conducted by APRI (formerly CUPA) captured how informed residents are about the parks and trails, where they get their information, their opinions of the quality and value of the parks and trails, what they feel should be the park district's top spending priorities, and to gauge the feasibility of a possible operating issue. Five hundred (500) voters, sampled from the Greene County Board of Elections Voter Registry, were interviewed for this survey from May 7, 2014, to June 3, 2014, resulting in 95-percent confidence for the study and a margin of error of +/- 4.4%. 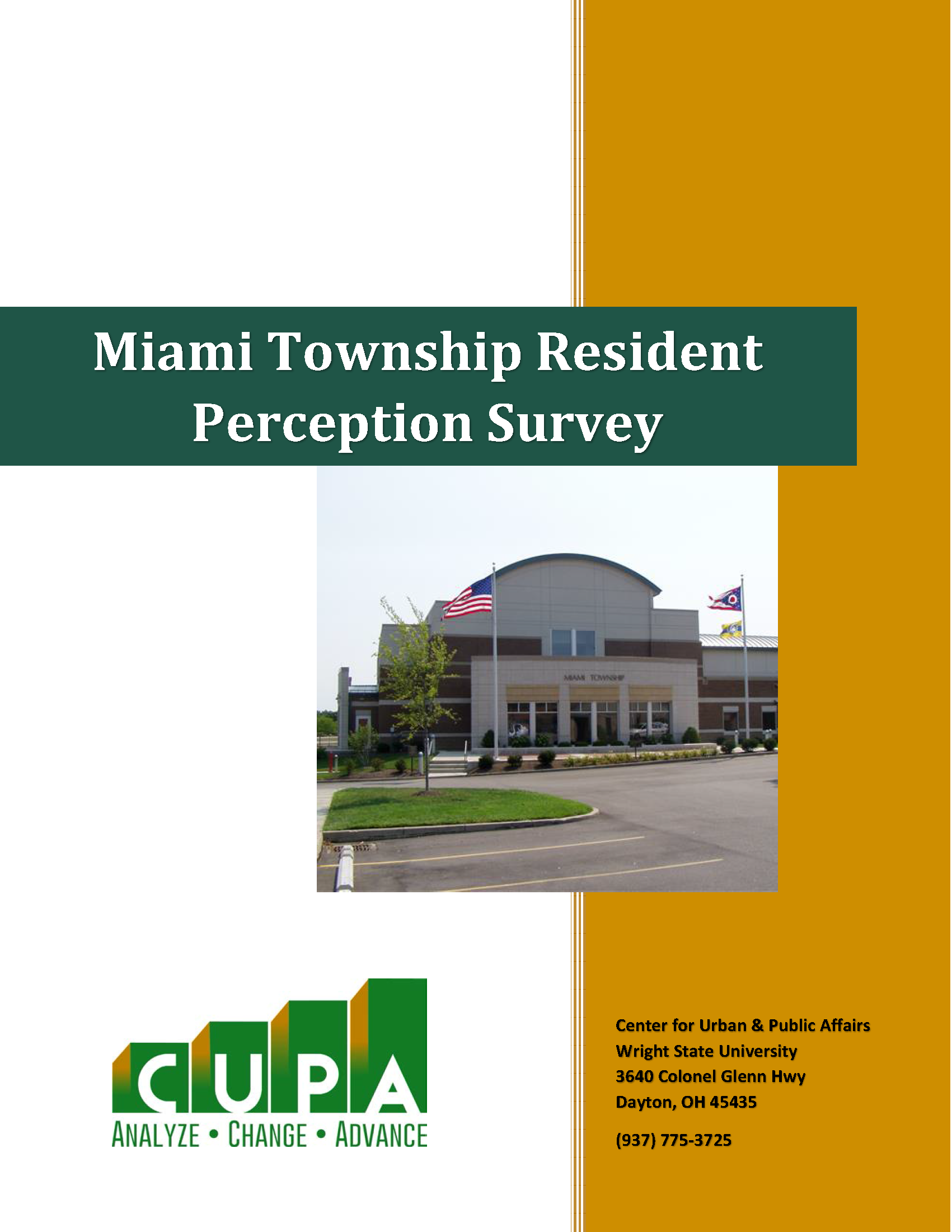 As one means of tracking data about customer needs in terms of government services, the township provides the opportunity for citizens to share their opinions on government and services, and to assess residents’ desires for the future of Miami Township. In 2014, APRI (formerly CUPA) conducted the public opinion survey for the township.

This report summarizes the perceptions of Miami Township’s residents. Survey questions have been grouped into topical areas, such as “General Public Sentiment” and “Views of City Services,” representing the chapters in this report.

The survey instrument was designed by Miami Township officials and employees with guidance from APRI researchers. The questionnaire was developed with two purposes in mind: first to gauge public sentiment; and second to garner public input to update the comprehensive plan.