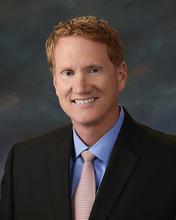 Greg Brush has had a long and varied career of service to the citizens of Montgomery County. Greg began his career as a police officer for the City of Vandalia in 1986. During his more than twenty years of service he was a patrol officer, crime scene technician, hostage negotiator, shift sergeant, emergency medical technician, and also performed other administrative duties. In 1999, Greg was elected to the position of Clerk (now called Fiscal Officer) for Butler Township.

On January 24, 2007 Greg was appointed to the position of Montgomery County Clerk of Courts. His efforts have been recognized by the citizens of Montgomery County, and they elected him to his second four-year term commencing January 1, 2013. Greg was again re-elected in the fall of 2016. In the fall of 2017, Greg was appointed as the Chief Administrator of the Hamilton County Clerk of Courts office.

Greg is a past president of the Ohio Clerk of Courts Association and a member of the Association of Municipal/County Clerks, the Montgomery County Township Association, and the Dayton Bar Association. He graduated from Wright State in 1985 with a B.A. in Sociology, and he received his Master's degree in Public Administration from Central Michigan University. He and his wife Kym (Kincer) Brush reside in Butler Township, Ohio.

Serving on the Dean's Leadership Board allows Greg to give back just a little to the university that opened so many doors for him. It is particularly enjoyable for him to see the success of current students and be able to recognize that success by serving on the Leadership Scholarship Sub-Committee.